Would You Drink a Shark Beer?

Shark Week on the Discovery channel and Sharkfest on National Geographic Wild, both continuing through August 2nd, have inspired shark-themed beers.  Breckenridge Brewery in Colorado has created one that’s said to be a sort of sour cherry limeade, and the can features a picture of an open-jawed shark.  Another brewery has created a beer named “Baby Shark.”  Yes, that’s the name of the indescribably annoying tune that children like to whack out on the piano.  Maybe it is appropriate that this drink is only available at the Evil Genius tasting room in Philadelphia.

08/29/2019 / by BeerMaps / in BeerMaps Blog, Uncategorized
Read more
Rise of Microbreweries in America

Beer is big in the United States. By the end of 2018, more than 7,000 breweries were operating across the country, with another 1,000 predicted to open in 2019. In 2017, these breweries produced a combined total of almost 200 billion barrels of beer.

This is the Age of the Microbrewery

A lot of the recent growth in the beer market has come from small, independently owned breweries, which are often known in the industry as microbreweries or craft breweries. Beer consumption in the United States is overall not increasing, but microbreweries accounted for 5 percent more of the overall beer production in 2018 compared to the year before.

What is a Microbrewery?

The Brewers Association’s definition of a craft brewery is a brewing company that produces no more than 6 million barrels of beer every year. To meet the definition, the company must also be no more than 25 percent owned by a non-craft brewer. Microbreweries now account for the majority of brewery companies in the United States, as many local brewers have sprung up to create their own unique beer.

In the past, many of the craft beers available to buy in the United States were imported from breweries in Europe. In fact, European drinkers have for a long time looked down on American beer, which was seen as being mass-produced and low in quality. However, the tables are starting to turn. Today, consumers who look carefully at the labels in American stores will notice that there are a huge range of beers produced in U.S from which the patriotic but discerning drinker can choose.

Which States Have the Most Microbreweries?

Much of the growth in microbreweries has been taking place in California. The Golden State now has more breweries than any other state, with more than 500 brewing headquarters located here. Colorado is in second place with 252, which is impressive given the state’s comparatively small population. However, when it comes to number of breweries per capita, Oregon and Vermont are the big players. Oregon has 4.7 breweries for every 100,000 residents, which means that people living in the Beaver State have a huge variety of local brews to sample.

Which Cities Have the Most Microbreweries?

As people might predict, trendy Portland is a hot spot for microbreweries. This is a testament to the long history of craft beer in the city that every year hosts the Oregon Brewers Festival. Every year, more than 80,000 people flock to Portland to drink craft beer and learn about the history of brewing in the city, giving a boost to local microbreweries. The cities of Denver, San Diego, Seattle, and Chicago also have thriving microbrewery sectors, each with its own unique neighborhood scene.

How Do Cities Support Craft Brewers?

Some cities are keen to attract microbreweries to bring jobs and investment to the area. For example, San Diego has launched an incentive program that reduces the amount that craft brewers have to pay for the large amounts of water they use. The city has found a way to put unused sewerage capacity back into use to help breweries out.

Microbreweries Are Being Bought Up

Many of the best known “craft” beer brands, including Goose Island, Founders Brewing, and Lagunitas Brewing, no longer count as microbreweries. That is because these companies have been bought up by bigger brands. These acquisitions hold microbreweries back from taking up an even larger share of the market than the one they already hold.

Microbrewery Businesses Have a High Turnover

Although huge numbers of microbreweries have opened over the last few years, the number that have closed is also astonishingly high. In 2017, the annual number of brewery closures increased above 2017 for the first time. Part of the reason for this uptick in brewery closures was high competition. According to Bart Watson, chief economist for the Brewers Association, the current market is highly competitive. “It is a competitive marketplace, and I think we will see the brewery closure number continue to rise,” he said.

The Future of Microbreweries in America

Market data clearly shows that Americans have developed a taste for craft beer. Many beer lovers are keen to support companies in their local community, while others simply want to seek out new and unusual flavors. This change in beer consumption shows no sign of slowing down, which experts predict is likely to fuel a continued increase in the launch of new microbreweries.

On the other hand, acquisitions are likely to continue to move the most successful craft brewers out of the category of microbrewery. As a result, the volume share for craft brewers may not increase much beyond its current 12 percent.

One thing is for sure: Americans have a taste for beer that is unlikely to decline any time soon. The number of new competitors entering the market is good news for consumers, who now have a much wider range of beer styles from which to choose when picking up a few bottles for a party or ordering a drink at the bar.

“Beer is proof that God loves us and wants us to be happy.”

“Beer, it’s the best damn drink in the world!”

“Beer, if drunk in moderation, softens the temper, cheers the spirit and promotes health.”

“I am a firm believer in the people. If given the truth, they can be depended upon to meet any national crisis. The great point is to bring them the real facts, and beer.”

BeerMaps has been named one of the top 100 beer blogs of all time on Feedspot.

BeerMaps is dedicated to providing the highest quality mapping interface to locate local breweries and taprooms. 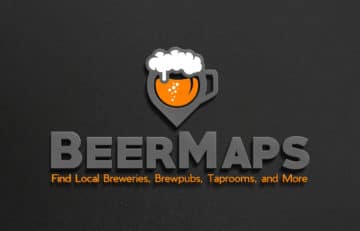 Craft beer has become an important staple of most metro areas within the last several years. Considering the variety of breweries and styles to choose from, it can be helpful to have tools that assist in not only finding craft beer, but deciding which establishments may be best suited to your individual tastes. BeerMaps is the ultimate tool to give beer drinkers constant variety and new experiences by helping them continually locate new places to hang out and try new kinds of beer. BeerMaps is like being able to find directions instantly, but most importantly all of the destinations serve beer!

BeerMaps is also a hub for professional development for those who run businesses that serve and create craft beer. There are sections to help with running promotions and advertising while finding the right customers to bring into your venue. BeerMaps offers special tools to help create long-lasting partnerships and successful eventsin the craft beer industry.

To get started, users can go to the BeerMaps.com site and find the search box that asks you “what” kind of venue to find and “where” the user is currently located. So they can just type in the name of a city or zip code along with what type of beer place they are looking for such as a taproom, brewery, or tavern. Next, the map will display the results in the area along with all of the selected venues that match the criteria within a radius of between 5 and 50 miles. The page also displays an option for directions right on the same results page. The interface is simple to use and comparable to many other programs users are already relying on to find other kinds of destinations.

This is especially useful for traveling or planning vacations to new areas where people may not know how to find high quality beer or how to get there quickly.

Searches can be further refined by checking boxes on the results page for places that have a full bar, wine, patio seating, food trucks, cornhole boards, pet areas, smoking areas, and a number of options relevant to the experience at the brewery or taproom. The map results will only display those venues that match the checked boxes when using this feature. Refining the search for these specific details can become especially important in larger cities that have a number of competing venues. This allows users to only visit locations that coincide with their needs and expectations, while not wasting time or money only to find that they need to travel somewhere else.

Beermaps gives users access to a number of other beer related actions other than just finding a place on a map. Users can leave reviews of the places they visit to share information with others about their experiences. Owners of places that serve beer can also get listed on the site for free when they join and set up an account. The site provides a high level of interactivity among the local beer drinking community and a convenient gathering place for both casual drinkers, beer enthusiasts, and business owners.

It is common for beer drinking venues to host live music performances, highlight a certain brewery, or have sales on discounted beer through promotions such as happy hour. BeerMaps assembles all of these happenings in one place under the “For Beer Lovers” heading with separate pages for both local deals and events that allow users to easily find out what is going on near them and view a schedule of upcoming promotions.

Drinkers may come across a new variety of have certain questions about what makes craft beers different from macro brews. Beermaps features an FAQ page that attempts to answer many common questions people will have related to their beer drinking experience. Some people may not know the difference between a wheat beer, stout, and an IPA, or why the alcohol by volume amounts can vary so much in many craft beers. This is the place to find those answers.

Some beer lovers decide to turn their love for the beverage into their business as well. That is why BeerMaps.com offers a separate section for beer professionals in addition to the focus on casual drinkers.

As the BeerMaps platform grows and becomes to go-to application for beer enthusiasts, breweries and related businesses will want to have a presence on BeerMaps. Advertising on BeerMaps is guaranteed to be a great return on investment because the user base is already qualified in their interest in finding excellent beer and related products. BeerMaps will help with events, promotions, and creating advertising campaigns that work because they only target beer drinkers.

Get Your Brewery or Taproom on BeerMaps Today!